Perhaps the
area that is least addressed is the spiritual consequences of abortion in both
men and women.  Because abortion is the
taking of a human life, there are consequences for this action. it is critical
that she see abortion from a biblical viewpoint.
Each person
has been known by God since before creation, and He has been intimately
involved in our lives from the moment of conception. It is God who formed our
bodies and our immaterial being; it is God who writes the poem of each human
life (Psalm 139). His ways are unsearchable for our finite minds therefore, we
cannot know the reasons he creates us as we are.
The Bible is
very clear that children come from God, and that He knows us before we are born
and cites numerous individuals about whom it is said were known by God in the
womb. The first woman, Eve, recognized that God (Genesis 4:1) had given her son
to her. Her statement, “With the help of the Lord I have brought forth a son”
shows us that she knew God had a primary role in her son’s formation and birth.
God’s
intention is that sex and procreation take place within marriage.  The oneness of marriage and the unity that God
intends in the relationship are the foundation for a godly family into which
the children are to be born.  God never
intended for sexual pleasure to take place outside of marriage, nor is it ideal
for children to be born outside of the marriage union. However, God has a plan
for each child He creates. There are no mistakes, and every child He creates is
intentional and purposeful and is valued by Him.
Children are
a great blessing from God! The Bible refers to them as “a crown of the aged.”
Children bring their parents and grandparents joy and honor when they are raised
to honor and serve the Lord. Our children are our heritage and He has a plan
for each one of them.
God has for Christians
as His adopted children. The Scripture uses the word lavish when referring to
how great our blessings are as children of God (1 John 3:1). God’s
adopted children are co-heirs with His Son, Jesus Christ. We learn that God
loves us as His own children and bestows on his adopted children every right
and blessing to which His natural Son is entitled.
This then is
the real horror of abortion and the reason the spiritual aspect of abortion is
so important. Because man is created in the image of God, abortion is literally
destroying God’s image. God is the giver and taker of life and man has no right
to play god by deciding who lives and who dies for convenience sake or
otherwise.
Abortion is
in a sense the end of a string of sinful ungodly decisions that began with
lust, pride, sinful desires, selfishness and idolatry.  In most cases, the couple decides to violate
God’s command for sex to be within marriage and become sexually immoral.  This leads to pregnancy outside of marriage
and then the abortion decision.  When a
married couple determines to abort their baby, there are devastating spiritual
consequences as well. The couple denies one of the primary reasons for marriage
and determines to be their own god by deciding who lives and who dies.
The abortion
decision brings real guilt, shame, and fear to those who participate in it.
These are spiritual consequences for violating the command not to kill and
because God will not be mocked, the woman or couple will reap what they have
sown (Galatians 6:7). The woman or the couple will continue to experience
spiritual consequences as a result of the abortion that are intended to drive
them to their knees in confession and repentance for their sin.  Confession and repentance are the only means
by which a post-abortive woman and man can be reconciled to God first for
salvation and then to reconcile the abortion choice. All sin is forgivable in
Christ, and the post-abortive person must run to Him for forgiveness (Romans 8). 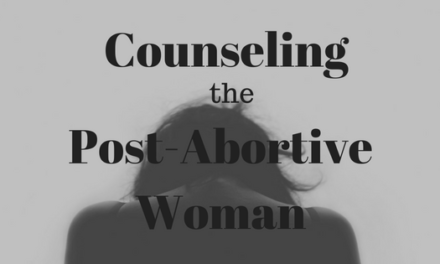 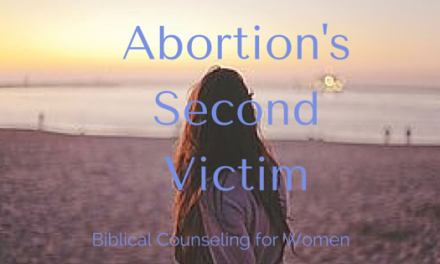 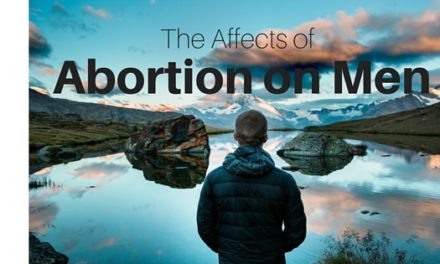