“How Can I Forget What I Have Done?”

Brethren, I do not regard myself as having laid hold of it yet; but one thing I do: forgetting what lies behind and reaching forward to what lies ahead, I press on toward the goal for the prize of the upward call of God in Christ Jesus.… Philippians 4:13-14 (NASB)
These words were written by the Apostle Paul, who was originally Saul. Saul was born a Jew, studied under Gamaliel, and became a Pharisee.
He was a guy with a past.
If you read Acts 7 you will learn Paul was deeply involved in hunting down Jews who became Christians. He describes himself (1 Timothy 1:13) as a former blasphemer, a persecutor, and an insolent man/violent aggressor. Original biblical language uses words that mean “mangling by a wild animal” to describe the things Paul was doing to Jewish converts to Christianity. He was responsible for the death of many believers.
When Saul saw Jesus on the road to Damascus everything changed. When Saul was regenerated and believed God not only changed his name to Paul but He changed who Paul was. Paul began to preach Christ and took the message of salvation by grace through faith to the Jews and then the Gentiles. Initially the brethren were terrified of him, but his actions spoke for themselves, he was transformed.
He later penned the words found in the letter to the church at Philippi, “but one thing I do: forgetting what lies behind and reaching forward to what lies ahead, I press on toward the goal for the prize of the upward call of God in Christ Jesus.”
I know that some of you have experienced horrible things, or been a part of things you deeply regret and wish so badly that you could turn back the hands of time. You wish you could go back and talk yourself out of saying or doing what troubles you today.
Are you having trouble forgetting what is behind you? Are you so focused on your past that it is affecting your present? Are you a slave to your memories? Many who answer “yes” to these questions are ruled by sorrow and despair.
No matter what your past contains, the Word of God instructs and guides us to leave our past behind.  To forget what is behind. One commentator on this passage explains what Paul meant when he said we should forget the past, “Forgetting is stronger in the Greek (meaning) completely forgetting.” He translates Pauls words this way, “I in fact am forgetting completely the things that are behind.”
Take it seriously. From the moment you trust Christ as your Savior you are a new creature, a new creation and from God’s viewpoint your past sin is gone, He remembers it no more. You stand before Him in Christ; cleansed, justified, and without stain or blot of sin.
Therefore if anyone is in Christ, he is a new creature; the old things passed away; behold, new things have come. 2 Corinthians 5:17 (NASB)
Cease holding on to shame and guilt for your past forgiven sins. It does not honor God to do so.
And we know that God causes all things to work together for good to those who love God, to those who are called according to His purpose. For those whom He foreknew, He also predestined to become conformed to the image of His Son, so that He would be the firstborn among many brethren; and these whom He predestined, He also called; and these whom He called, He also justified; and these whom He justified, He also glorified. Romans 8:28-30 (NASB)
Apply the truth of the above verses to your past. As hard as it may be to believe, there are hidden blessings in the past. Look for them. There were lessons to be learned and aspects of your character that have been changed. This life is all about transformation and sanctification. Accept that you are a work in progress. God is the architect of your life and He is a choosy builder.
Not every stone brought to a construction site is kept. Its value is determined and ultimately some stones are kept and go on to be a vital part of a structure. Those that are of no value are discarded.
Do the same with your old memories. Evaluate what is worth keeping from God’s perspective. Look for how God protected you, discipled you, instructed you, and above all, loved you anyway. Look for how God redeemed the situation.

31 Reasons Why Believers Should Give Thanks 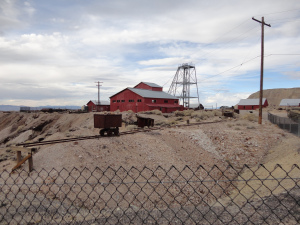