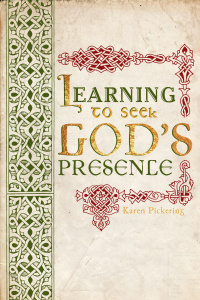 Today’s guest blogger is Karen Pickering. Karen is a Biblical
Counselor and founder of The Lytroo Retreat. Lytroo Retreat was
created to minister to women who have been sexually abused.  It is an
opportunity to shift your focus from your painful past to a hope filled future. She has also written a book, Learning to Seek God’s Presence (see bottom of today’s post). You can read more about Karen and Lytroo here.
“To all the Jews of France, all the Jews of Europe, Israel is not just the place in whose direction you pray, the state of Israel is your home.”
Tweeted 4:00 PM – 10 Jan 2015 Benjamin Netanyahu
When I read the above quote I was moved to tears. What other country in the world reaches out so lovingly to its expatriates. President Reuven Rivlin, who spoke at the funeral of four who died in the shootings said, “This is not how we wanted to see you come home, to the State of Israel. We wanted you alive, we wanted for you, life.” To the Jews of France, he said, “Our home is your home, and we yearn to see you settle in Zion. But the decision to live in Israel should be an act of choice and not an act of desperation born out of terror and fear.”
Later Benjamin Netanyahu had this to say, “Jews who live outside of Israel, including those who are citizens of other countries, know  in their hearts that they have only one country, Israel is their historic homeland that will accept them with open arms.”
My ancestors all immigrated to this country. My father’s parents were Germans living in the Ukraine. My mother’s side came from Norway. Whey they left they left for good. The persecution in the Ukraine was intolerable for them at the time. The economic opportunities in Norway were less and less. They were looking to America as their new homeland. Those countries were under stress and were not yearning for the immigrants who had left to come back home. And so they became Americans. It would be far from easy, but they carved out a new life.
As I thought about Benjamin Netanyahu’s words I thought of my own home. I reside in Wisconsin, but my real home is heaven. I could hear God saying…”Heaven is not just the place in whose direction you pray, Heaven is your home.”
I believe sooner than we expect there will be a glorious home going. There won’t be a prime minister to greet us, but a heavenly king standing with open arms.
“See! I am coming soon!” (Rev. 22:7a, 12a – ISV)
“The Spirit and the bride say, “Come.” Let everyone who hears this say, “Come!” Let everyone who is thirsty come! Let anyone who wants the water of life take it as a gift! (Rev. 22:17 – ISV)
“Yes, I am coming soon!” Amen! Come, Lord Jesus! (Rev. 22:20 – ISV)
(Quotes in the first two paragraphs were taken from http://www.jpost.com/Israel-News/Rivlin-We-wanted-you-to-come-home-alive-387677)

Wherever You Go, I Will Go…