But the LORD said to Samuel, “Do not look at his appearance or at the height of his stature, because I have rejected him; for God sees not as man sees, for man looks at the outward appearance, but the LORD looks at the heart.” 1 Samuel 16:7 (NASB)

Many of us were shocked as a young man, who is a part of the family that so many Christians have looked up to, has fallen into deep sin. We are left shaking our heads; wondering how such a thing could happen, how no one would have known.

He had all of the external appearances of a godly young man! A wonderful Christian family, homeschooled, restricted from Internet and outside influences that would corrupt the heart mind soul and body. He has loving parents, multiple siblings, and a fantastic (even privileged) life on a secluded plot of land in the Bible belt. He and his family promoted godly morals and values, and their television show brought a wholesome, winsome, comforting presence to viewers desperately seeking to find some family values in a world gone crazy.

Scripture has permeated this man’s life from his earliest years. He has been immersed in the Bible and in a spiritual lifestyle. How then could he molest his sisters and family friend? And, how could he have been looking for and participating in the kinds of immoral activity that his Ashley Madison account has revealed? He has called himself a hypocrite, and rightfully so. He was standing in moral judgment of sexual immorality while privately immersed in gross sexual sin. How does this happen?

First, let us understand that none of us is immune to sin. Even this sin. We all want to say we would never do such a thing, but the truth is we are all capable of something like this. It is part of our fallen nature. Scripture warns us to take heed lest we fall. It warns us to guard our hearts, it warns us not to feed the flesh because the appetite for sin only grows as it is indulged. Sin always takes you further than you ever wanted to go! Were that not the case biblical counselors would not be necessary, and neither would the grace and mercy we have in Christ.

Second, let us agree that there are many people who claim to be Christians, who look like Christians, talk like Christians, attend church and read their Bibles who are not actually regenerated believers in Jesus Christ. They are laboring under a delusion of salvation and trying to maintain a salvation they do not actually possess. They outwardly conform by clothing and speech, but inside they are hard and dead. They will privately say they do not understand what is wrong with them. Frequently, they will express a concern that they are not saved. I have had counselee’s wonder out loud how they could say and do the sinful things that bring them into an intensive discipleship relationship with me. We must take their wondering and confusion seriously. It is not helpful to pacify them with comforting words in the face of unbiblical actions.

Challenging someone’s salvation is a good thing to do in the face of sinful patterns of living. While none of us can see the heart as God can, we often have clear indicators of what is really going on beneath the surface as we see the fruit or evidence manifested in their lives. Outward conformity does not mean inward change has taken place. I hope and pray that wherever young Mr. Duggar is receiving help for his sexual idolatry that they are boldly confronting him with the gospel of Jesus Christ. There is no power in any other source to overcome such bondage. 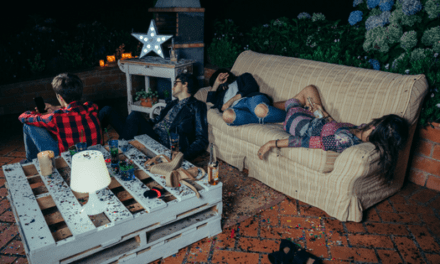 The Dangers of Teens and Sex Part 1