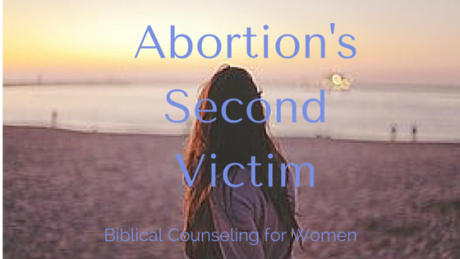 This past weekend I read a very thoughtful and pointed article on social media regarding abortion and the designation of the woman who has an abortion as a “murderer” or a “victim.” I would strongly suggest you go to the article linked below and read it before continuing this post.

I am not post-abortive. I have stood on the front lines of the pro-life movement as a sidewalk counselor, and I have counseled post-abortive women. I have seen this issue through the eyes of women who have made the tragic decision to abort their babies.

I have encountered a few of the militant variety who were completely aware of what they were doing and simply didn’t care. It appears those “pro-choice” women near the end of the cited article would fall into that category. These women stand around outside abortuaries lying in wait for others to draw into sin with them.

If they say, “Come with us, let uslie in wait for blood, let usambush the innocent without cause; let usswallow them alive like Sheol, even whole, as those whogo down to the pit… ~Proverbs 10:11-12 (NASB)

I cannot say if their conscience is bothered by their abortions or not; it does not appear so, but I do not live in their skin. I am unaware of their private thoughts, and do not know what (if anything) haunts them in the night.

I don’t like assigning the label “murderer” to all women who have had an abortion. The horrible reality is that every woman who has an abortion is, according to definition, committing murder. Some of the women I have counseled admitted they knew it was wrong but trusted their parents’ decision in the matter. Others knew it was wrong and didn’t really want to go through with it, but their parents forced them to do it. The majority of women I’ve spoken to knew it was wrong, didn’t really want to “kill their baby,” but saw no other way out of their situation. This third group practiced a sort of willing ignorance; they chose not to dwell on the reality of what they were doing in ending the baby’s life.

Unlike the author of the article attached to this post, I don’t think that makes her any less a victim. In fact, I think it makes her abortion’s second victim. Sometimes she is the victim of her parents’ or boyfriend’s decision, being essentially forced (manipulated, pushed, required, compelled) into the abortion. She is the victim of our culture of death that dehumanizes children in the womb, and the victim of her own foolish and often desperate decision to abort. Is she culpable? Absolutely. Is she also a victim? I believe she becomes one, yes.

From the moment she completes that contract with death, she is changed. When the deed is finished and she is aware of the stark reality of what she has done, she is immediately different. Women tell me the change is instantaneous. Flooded with relief, horror, shame, guilt, and disbelief, she makes her way back into life—returns to school or work, tries to pick up where she left off —but finds it is impossible.

Be gracious to me, OLord, forI am in distress; myeye is wasted away from grief,my soul and my bodyalso. For my life is spent withsorrow and my years with sighing; mystrength has failed because of my iniquity, andmybody has wasted away. ~Psalm 31:9-10 (NASB)

A person with a conscience (saved or unsaved) will be distressed at what they have done. She longs for her baby, dreams of her baby, and even imagines she hears his cry in the night. She is filled with fear. She fears anyone finding out what she has done, she fears divine retribution in the form of her future children being deformed or taken from her by God. She lives for the rest of her life with the knowledge of what she has done, often filled with regret and wishing she could go back in time and undo the decision to have the abortion. This is why post-abortive women have such difficulties with nightmares, depression, substance abuse, self-harm, and getting into abusive relationships. She suffers the consequences of her “choice.” Believe me, she suffers.

There are Christians who will suggest or say outright that she deserves the suffering she endures, but I am not one of them. I cringe when I hear post-abortive women being called “murderers” from the pulpit. I strongly believe the Church must demonstrate compassion to post-abortive women, (which, statistically, amounts to one of every three women in the congregation). The first and greatest compassion we have to offer them is the Gospel of Jesus Christ for the forgiveness of their sins; and secondly, a ministry that is devoted to helping them address the specific spiritual and emotional issues resulting from having had an abortion.

It is very clear that the grisly facts about abortion are not entirely persuading women away from having them. We must begin to shout the spiritual and emotional consequences of abortion from the rooftops and bell towers of our churches if we want to influence our culture regarding this heinous procedure.

This issue is complicated—more complicated than it seems on the surface. What do we want to do, condemn or minister to the post-abortive woman? What would Jesus do? I think we can find that answer by looking at how He dealt with all sinners: He met them where they were, assessed their need, and told them to sin no more. As His ambassadors we must certainly do the same. 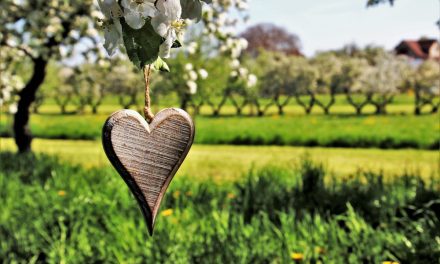 Depression: All in the Family