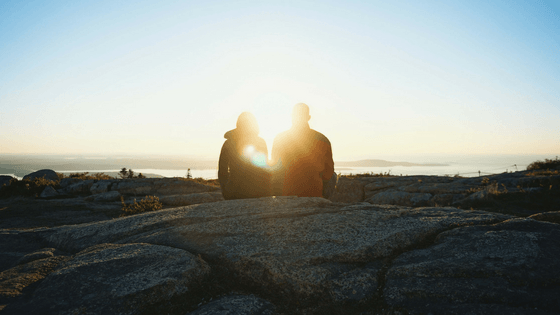 This post was first shared here on the Biblical Counseling Coalition blog in 2012.

Therefore if there is any encouragement in Christ, if there is any consolation of love, if there is any fellowship of the Spirit, if any affection and compassion, make my joy complete by being of the same mind, maintaining the same love, united in spirit, intent on one purpose. Do nothing from selfishness or empty conceit, but with humility of mind regard one another as more important than yourselves; do not merely look out for your own personal interests, but also for the interests of others. Have this attitude in yourselves which was also in Christ Jesus… Phil. 2:1-5 (NASB)

In the mid-1980’s the term “co-dependency” began to be used in various self-help groups to describe behavior patterns in people who were in relationships with self- destructive people. Typically, their spouses or family members were addicts or alcoholics who were irresponsible and the “co-dependent” stepped in to shield them from consequences or had been protecting them from harm.

I do not think it is godly to shield someone from the consequences of their actions; a person who is involved in sinful behaviors needs to repent and change for the glory of God! I also agree that some people can take “love” too far and become idolaters of others. These people too need a balanced view of what loving one another looks like.

Ed Welch calls co-dependency behaviors “fear of man” in his books (When People are Big and God is Small and What Do You Think of Me? Why Do I Care?) I agree with his conclusions on the matter. There are people, more women than men who desire the approval of others so deeply that they are willing to sin to get it.

My concern is centered on the thinking that includes the biblical roles of mothers and wives as being “co-dependent.” The balanced view will always be found in Scripture, and for the Christian that is our ultimate authority.

Oneness is not co-dependency

Then the LORD God said, “It is not good for the man to be alone; I will make him a helper suitable for him.” Genesis 2:18 (NASB)

Adam found that he was incomplete without a woman. God created the woman as the only suitable helper for a man, she is his counterpart. Man and woman are biblically designed to meet each other’s legitimate needs and to address the physical deficits in one another. The Bible says that two individuals become one in marriage; one in the most intimate physical sense and one in several other ways as well.

Very often in marriage, husband and wife are so well connected and in tune with each other that they often know each other’s thoughts, beliefs, and desires. For instance, I can always tell when my husband has something troubling on his mind. I am so aware of his movements and characteristics that I can tell when something is amiss. When I hurt, he hurts; when he rejoices I rejoice too! We share a connectedness that goes beyond sharing a home and a bed; we are literally soul mates.

God created the woman as the only suitable helper for a man, she is his counterpart. @JGanschow

This is not unusual for a couple who has been married for a number of years. They are one in heart and soul, especially when they share a love of Christ through salvation. They can anticipate each other’s needs and actively work to place the other before themselves.

When children come along the family dynamic changes as both mother and father now include the needs and desires of the little ones along with those of their spouse. The greater share is taken by the wife and mother as she is the primary caregiver in the traditional family. She sets herself aside for the well-being of her child. Mothers are considered to be the nurturing parent and she is usually more in tune with the cries of the baby and the “language” of the toddler.

I think because of the unique physical relationship we share with our children as we provide food and shelter for them within our bodies we have a God-given understanding of them from even before they are born. Mothers will say they are aware of what the baby’s cries mean, what a certain gesture means, or a facial expression is communicating.

I am thankful that many Christian women have returned to the home and are fulfilling the biblical mandate of Titus 2:3-5:

Older women likewise are to be reverent in their behavior, not malicious gossips nor enslaved to much wine, teaching what is good, so that they may encourage the young women to love their husbands, to love their children, to be sensible, pure, workers at home, kind, being subject to their own husbands, so that the word of God will not be dishonored. (NASB)

What is concerning to me is how these God-honoring attitudes and actions are being labeled as co-dependent and how women are being discouraged from a life of serving others in the name of “mental health!” I maintain that it is simply living the gospel to be selfless and to put others before self. In so doing, we are following the example of Christ and the other heroes of our faith who lived and died for the benefit of other people. There can be no higher calling than that.

Is this yet another attack on biblical principles and the roles of women from those who would discount the Bible as relevant and applicable in today’s world? What do you think?

The Workings of the Inner Man