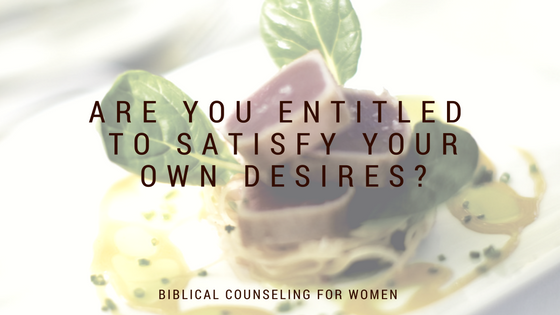 What do you think you are entitled to?

It’s election year in the U.S. I’ve lived through a few of these, but this one has been particularly troubling, especially when it comes to the young people in our country—those the media has branded, millennials. Earlier this year, it seemed you couldn’t turn on the television without seeing one of these young, skinny-jeaned, caffeine-stoked, 20-somethings talking about their “entitlements.” One young man’s words really stuck in my head. His proclamation went something like this: “Everyone in my generation is entitled to a free college education. We should not have to go into debt to get a degree! We have a right to be educated!”

This guy was getting pretty steamed up about this, and I thought it was kind of ridiculous…that is, until I realized how many things I believe I am entitled to: Good health; enough money to pay my bills; a quiet place to read; a reliable car. All these are things that I wanted but didn’t get at some point this week, and I remember getting frustrated about them, kind of like the guy on the news who wanted his free education. There were also some things I got that I didn’t want: An unexpected bill, increased pain, a conflict with a family member. All these things led to feelings of frustration and anger because of my assumption of entitlement to have my way and to be comfortable.

But about the feuds and struggles that exist among you—where do you suppose they come from? Can’t you see that they arise from conflicting passions within yourselves? You crave for something and don’t get it, you are jealous and envious of what others have got and you don’t possess it yourselves. Consequently in your exasperated frustration you struggle and fight with one another. You don’t get what you want because you don’t ask God for it. And when you do ask he doesn’t give it to you, for you ask in quite the wrong spirit—you only want to satisfy your own desires. (James 4:1-3, JB Phillips Paraphrase)

Hasn’t James summed up the human heart perfectly here? You could boil this whole passage down to just a few words: We want what we want when we want it, and when we don’t get it, we’re mad. Like the young man in the news story, we get angry when we don’t get our way because of a heart attitude that says, “I am entitled to have _____________, and if I don’t get it, I’m entitled to be angry.” By the same token, we get angry when we get something we don’t want. “It’s not fair that I get this bad circumstance, while others seem to have an easy life!” Anger and envy seem to go hand in hand, just as James points out.

What does scripture say you are entitled to?

As believers, we are entitled to nothing in this world. This comes as quite a shock the first time we hear it. After all we, like the skinny-jeaned millennial, have grown up believing that we have certain rights. Especially in America, we have a sense of privilege—a belief that “life, liberty and the pursuit of happiness” should include anything and everything that we want, and nothing that we don’t want. When someone messes with that perceived right, we are angry. Observe any toddler long enough, and you’ll see that this starts early.

The truth of the matter is that we are entitled to one thing: To be separated from God forever because of our sin. But, because of His great love for us, God chose to sacrifice His Son to pay the penalty for that sin, so that we would not get what we deserve. Think about the last time you felt frustrated about something you wanted but didn’t get, or something you got that you didn’t want. Now, hold that up next to this truth: You are entitled to and deserving of everlasting punishment, but because of what Christ has done, you will not receive that. Not only did He spare you what you deserved, He also wants to spend every day with you, walking with you and guiding you through this life and into the next, ultimately to spend eternity with Him in Glory!

There is no comparison between the disappointments and frustrations of this life, and the eternal glory of the next. My broken down car, painful joints and family squabbles grow “strangely dim” as I think on my Savior and His love for me. Even this year’s election fiasco pales in comparison to my election as a child of God. Why me, Lord? I’m just a cranky toddler who wants her way, yet you chose to save me.

Oh soul, are you weary and troubled? Let go of those demands and expectations that have gotten you into a chronic state of disappointment, sorrow, and frustration. Turn to Christ, and begin to expect something even greater and more satisfying than anything this world offers. Look to Him, and He will give you satisfaction and contentment in this life, as you look forward to eternity with him! 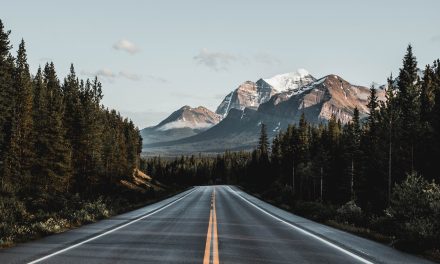 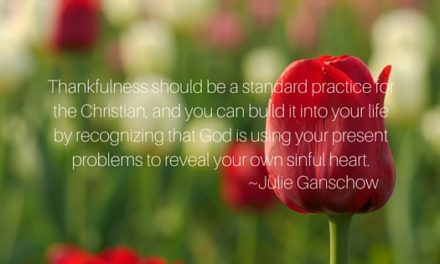 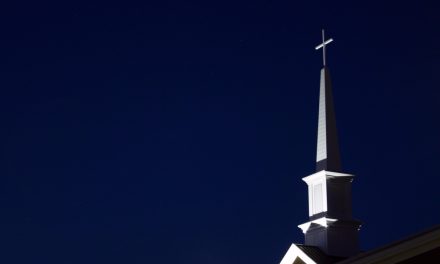 Counseling Under the Cross: How Martin Luther Applied the Gospel to Daily Life