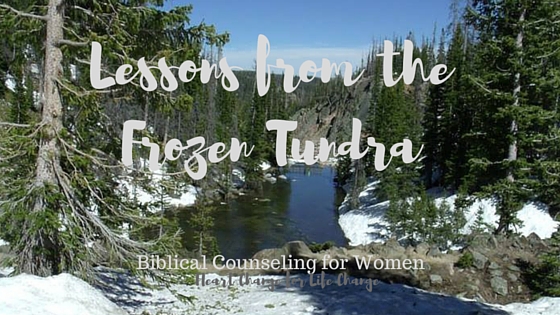 I spent last week refreshing my mind and my soul in the Rocky Mountains of Colorado and Wyoming. Our purpose in going in June was to allow me to photograph the spring wildflowers which should be beginning to color the landscape with a riot of color. Late mountain snows have delayed their arrival this year. Many places we stopped along the scenic byways were still frozen and snow covered; it is still in many ways winter at 9,000 feet!

This got me thinking about troubled relationships. So many of the marriages that arrive in our office could be described as a cold and harsh environment, similar to what we encountered on the tops of the mountains we visited. The people in those marriages are locked in destructive, habitual patterns of sin toward each other. Their relationship is seemingly void of kindness or tenderness of any kind. On the occasion when one spouse attempts to change this dynamic, their efforts are met with a frozen, hard heart that is not only resistant but often hostile in response.

As I stood on the mountain pondering and praying for people I know who are in such relationships, the Lord drew my attention to signs of hope: nestled on the edges of the melting snow, and the runoff that flows into spectacular waterfalls cascading down the mountainside, are the pretty flowers pictured above. These flowers exist in the harshest of conditions. Tucked beneath the soil, they endure winters of 30 feet of snow, and winds that can exceed 100 mph, only to bloom when the earliest rays of spring sunshine begin to melt the snow. Often times the tender shoots are repeatedly assaulted by fresh snowfall and freezing temperatures into the summer months. God has designed them to withstand such an environment.

God has also equipped us to bear up under difficult circumstances. He says in 2 Peter 1:3 that we have been granted everything we need for life and godliness. In Christ, we have been shown how to suffer (1 Peter 2:21-25; 3:18) when mistreated, and how we can have hope and even joy in the midst of it (James 1:2-4, 12).

Many spouses have reaped the rewards of enduring harshness in response to their kindness, being faithful in response to betrayal, and giving love in response to the indifference that felt like hatred (Josh. 10:25). God works miracles in places we least expect to see them. He is the God who brings the dead to life (Eph. 2:1-7). Behold! He is making all things new!

God works miracles in places we least expect to see them. #Marriage

In Christ, you can find hope for your frozen relationship. It will take hard work and perseverance to break through the ice that has grown hard and thick, and you will most likely be subjected to further harsh treatment along the way. However, you can be certain that because Christ is glorified by reconciliation, He is assisting you in this endeavor. He will sustain you and encourage you through His Word and His people. The thawing process will demand grace and mercy from you; a willingness to go the extra mile; and a firm commitment to a biblical plan for personal growth and change (Eph. 4:22-24; Rom. 12:1-2; Luke 9:23; Luke 12:24).

Spring Thaw Could Be Around the Corner

There are no guarantees because you cannot control the actions of the other person. But I have seen tremendous changes take place in relationships when even one person determines to function biblically. Over time and by God’s grace you may begin to see tiny shoots of hope in a kind word or a pleasant smile coming your way – a sure sign that spring is right around the corner, even in such a harsh climate. 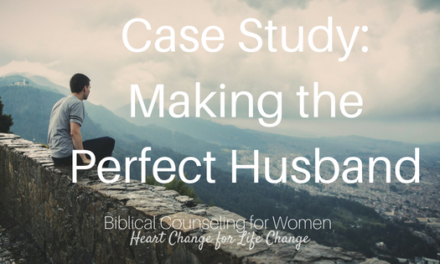 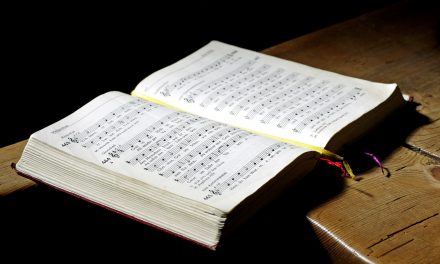