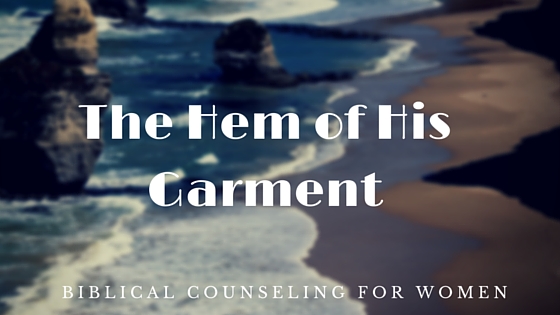 And suddenly, a woman who had a flow of blood for twelve years came from behind and touched the hem of His garment. For she said to herself, “If only I may touch His garment, I shall be made well.” But Jesus turned around, and when He saw her He said, “Be of good cheer, daughter; your faith has made you well.” And the woman was made well from that hour. (Matthew 9:20-22)

Wow, what faith this woman had! She was one hundred percent certain that, if she could get close enough to Christ to touch the hem of His garment, she would be made well. I don’t think it was the garment she had her faith in! Her hope was simply in getting near to Him. That’s all. Not talking to Him, telling Him her needs, or listing all she’d gone through to get well. All her hope for healing was in simply drawing near to Him.

Her pain and suffering must have been unbearable. She was broke and she was broken. Undoubtedly, she had heard about Jesus and all the people He had healed. Could He help her, too? The answer was yes. As soon as she drew near enough to touch the hem of His garment, she was completely healed! Perhaps you’ve been praying for healing, or for something else that affects your life like this woman’s illness affected hers. Maybe you’ve pleaded with the Lord for years for this thing, and it still hasn’t happened. As you read this account from the Bible, you wonder why the Lord does not heal you or answer your prayer, as he did with this woman. I have asked this question in my own heart many times so I understand the quandary.

But I’ve also come to understand something else as I’ve wrestled with pain and the trials that come with it: We receive much more than healing when we push through the crowd to touch the hem of His garment. The character qualities that make us more like Christ are developed in our hearts as we make our way toward Him.

Notice, at the end of that last sentence, I did not say that Christ could give her what she wanted, but what she needed. I think this is where we get into trouble sometimes. Paul says, in Philippians 4:19, But my God shall supply all your need according to his riches in glory by Christ Jesus. Now, here comes the question we all have to ask ourselves: Who gets to decide what I need? The correct answer to this question is, God does. Though I may want very badly to be healed, as this woman did, God knows what I need. According to Isaiah 43:7, I was created to glorify God. So, if what is needed in order for me to bring glory to Him is to continue in my pain or problem awhile longer, then who am I to say that God is wrong?

I know that this is a difficult truth for us, but that difficulty doesn’t make it less true. God is God, and He knows exactly what I need. His goal is to make me like Christ, and He will do what is necessary to bring me to that place; to help me bring glory to Him, fulfilling my very purpose for being here! And just like the woman with the issue of blood, I need those same qualities as I draw near to Him:

My dear friend, if you are struggling with pain of any kind today, take courage! God will use that struggle to draw you near to Himself. He will supply the humility, courage, and faith that you need, and He will pour His all-sufficient grace out on you as you walk confidently in obedience, ever seeking Him. Run to Him, drop to your knees, and reach for the hem of His garment. Power will go out from Him. It may supply a “yes” answer to your prayer, and it may not. But one thing is certain: The power that went out from Christ to the woman in this story; the power that raised Christ from the dead on the third day, is living in you right now if you believe. This is the power that will supply your need. Hallelujah! What a Healer! What a Savior! 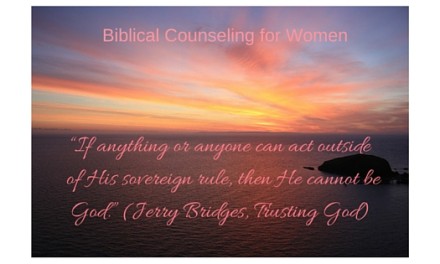 It’s Good Friday: Can We Trust Him? 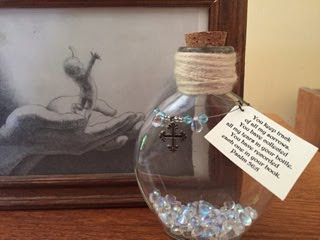